The All-New Ford Escape, How it's Changing the Modern Road Trip

The All-New Ford Escape, How it's Changing the Modern Road Trip

Road trips, we've all done it... Piled a bunch of stuff into the car and set-off to a destination hours away. Usually after only a few hours, occupants are feeling cramped, hot, and just wishing the trip will end.

The modern road trip doesn't have to be a painful experience like it once was. The 2013 Ford Escape has been purposely built to make your travels a lot easier and fun! Here are a few reasons why:

1. Fold-up maps, hand-held navigations and asking for directions are so 2012...

Unless "getting lost" is a planned part of your adventure, it isn't very much fun. Enter your Escape's available navigation system. It's loaded with features that will get you where you want to go in the shortest, fastest or most eco-friendly route. It's your decision!
With turn-by-turn directions over the sound system, you can focus on enjoying the ride instead of the map.

It used to be that for a long trip sound track, you were pretty limited to:
- Packing an extra suitcase of CDs
- Play what the radio had to offer and hope that everyone liked it
- Hope that everyone were decent singers in the car!

Now, however, we carry thousands of songs around in our pockets, but usually for this to work on the car stereo you need the proper cables and power adapters and to know a little bit about what you're doing when hooking it up.
The Escape's available SYNC with MyFord Touch system, you can get the tunes playing hassle free. There's many options, pairing your phone over Bluetooth, plug in your mp3 player, or browse the Sirius satellite radio channels.

3. Keep your gear in check

Losing control of your vehicle, even for a second, is a frightening thing. If you've ever towed a trailer behind your vehicle, you may have experienced a moment where the two aren't exactly moving together anymore. This is known as "trailer sway" and it can be a dangerous situation.
Thankfull, the 2013 Ford Escape is ready to help keep you safe in this situation. With the option Trailer Sway Control, your SUV can detect the problem before it becomes serious, and apply smart braking to the tires in need to bring everything back in sync.
Trailer Sway Control helps you keep your eyes ahead and not looking at the load behind you.

Ever try to load up the trunk of your vehicle only to realize you're going to have to drop everything in your hands just to open it? With the Escape's available hands-free liftgate, you can solve this problem for good! Just make a gentle kicking motion under the rear bumper and the Escape will automatically lift open the liftgate! Another kick under the bumper tells it to close, all without ever having to take the keys out of your pocket.

Lots of work went into redesigning the 2013 Escape to go further for less. With a more aerodynamic design and Active Grille Shutters, which automatically adjust themselves to minimize wind resistance, the Escape can do it all and then some. But the real star here is the Ecoboost motor. The engineers have been able to wrangle the performance of a V6 from a much smaller four-cylinder.
In fact, fuel efficiency for the 2.0L EcoBoost equipped Escape is projected to be up to 30 percent better than the outgoing V6 model. More power, smaller engine and less gas. So now you can plan your own personal "pit stops" ahead of time. 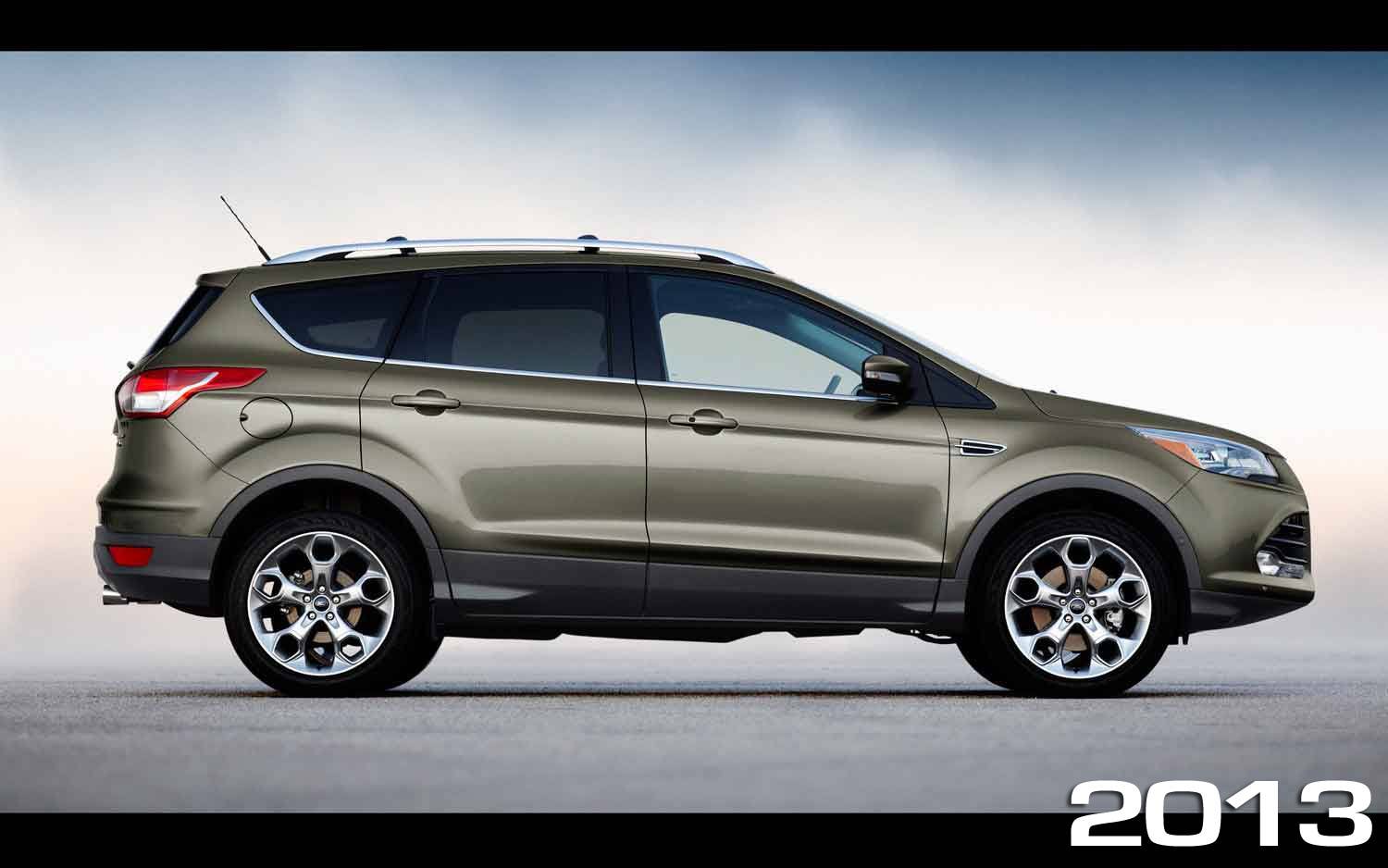