Whether you’re looking to buy new or used, a bigger inventory will help you choose the right car for you. Buying a car or truck isn’t something you want to rush; you’re going to be driving it for years to come. Take your time when you’re choosing a new or used Ford and visit your local Ford dealership in Brampton to ask questions and take test drives. We’ve also got some recommendations for new and used Ford cars and trucks in Brampton.

As picked by Auto Trader, the Ford F150 from 2009 to 2014 is the best used Ford pick up truck you can buy today. They cited the diversity of options, from work horses you can afford on a small budget to a luxury truck, as well as a number of features that simply make it easier to enjoy and better for your everyday life. These include an assist step to get into the truck bed, the Ford Sync communications system, and the EcoBoost engine. We’re willing to stand behind any Ford F150, but when it comes to great value for a used pickup, you can’t go wrong with anything from 2009 to 2014. With one of the biggest inventories of Fords in Mississauga, Brampton, Caledon, and Georgetown, you can find everything from the basics to luxury models like the Lariat. 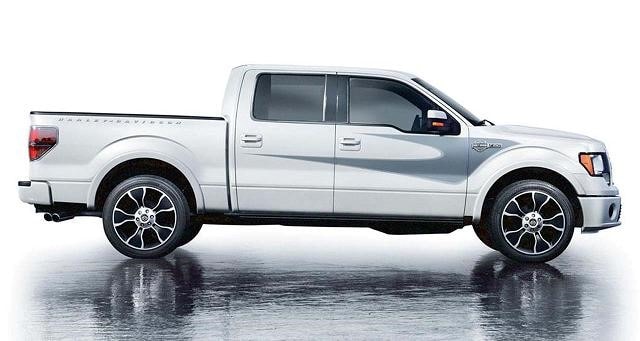 Anyone on the market for a Ford truck in Mississauga, Brampton, Caledon, or Georgetown should visit us at Colony Ford Brampton to check out our inventory of used Ford cars and trucks. We’ve got the models that can keep delivering long after the year they were first driven off the lot. We also have a number of certified pre-owned Ford F150s from 2015, just off lease. Certified pre-owned means that it’s been closely inspected by a Ford factory-trained technician and it meets factory standards. Even though it’s used, it comes with a 12-month warranty and 24-hour roadside assistance, as well as all the perks you’d expect when you buy a new car from us. On Edmunds, Ford fans have highly rated the 2015 Ford F150 for its use of aluminum in the body and bed. This reduced weight while its steel frame didn’t change, giving it the strength and durability that the F150 is known for.

If pick up trucks aren’t your thing and you’d rather drive something flashier on your commute down the 401, you’re going to want to visit us at Colony Ford Brampton and talk to us about Ford Mustangs. There’s no better place to buy a Ford Mustang in Brampton because we love pony cars. You can get great deals on 2016 and 2017 Mustangs this fall, or wait for the release of the 2018 Mustang. There are some big changes on the horizon and we can tell you all about it. We also have a Mustang customization centre here at Colony Ford Brampton, and we simplify putting some spirit into your race horse. We love to talk muscle cars, so pop in and tell us about your Mustang customization ideas.