When at the local racing circuit (formally known as Mosport) this past weekend for the regional racing series, there were many eye catching Fords competing in numerous classes. Everything from early 90s Escorts to new age Ford Focus (with added turbocharger) are the norm, but this time there were a few that really stood out.

We'll start with the 1962 Ford Galaxy, this thing was a real eye catcher. This was probably the largest race car in the series, and looked to be an ex NASCAR. Considering the mix of cars it was running in, there is no doubt that it must have been tough to handle. With it's brakes that were in no way comparable to the modern cars it was against, and heavy weight transfer, this thing was still really neat to watch. 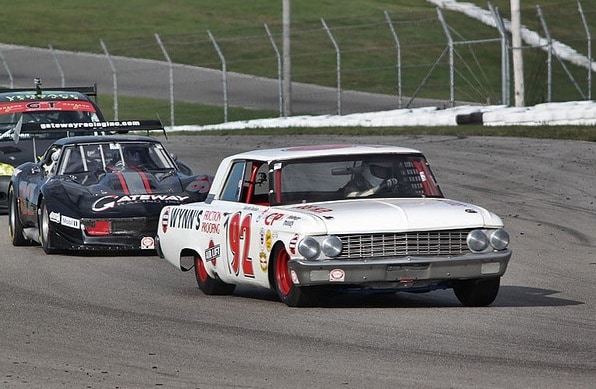 Another car that had an awesome sound was a Merkur XRT4i, which is actually a Ford brand. The crew of this car were super nice, it still has a 5.0 302 under the hood with aluminum heads. This car was actually built and raced by Jack Roush many years ago and is still going strong, it's output is well over 650hp to the wheels! Don't let the wide body fool you, this car is super light and with all the added wings/aerodynamics, it still has a hard time keeping traction upon acceleration.

Lastly, one of the newest and fastest GT1 cars that was at the track, was a Canadian built Mustang wide body race car (known as a trans am, a modern day version of Jack Roush's old car). This insane machine, based on the latest generation Mustang GT, is putting out a whopping 800 whp!
Canadian owned and raced, this car is one of the new bench marks for what's fast around Canadian Motorsports Park. 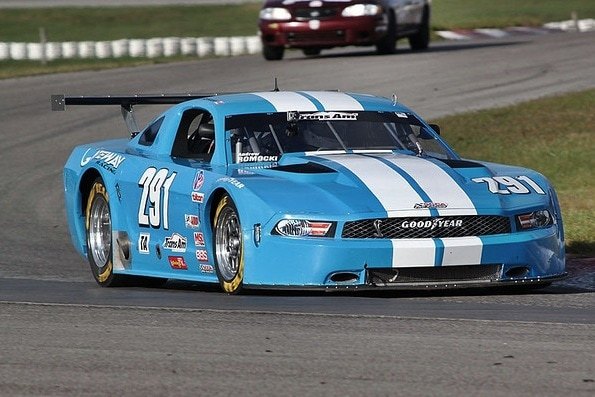