Ford Atlas Concept - Looks To The Future of Pickups

Ford Atlas Concept - Looks To The Future of Pickups

Ford
captured the attention of the auto world when it revealed the Ford
Atlas Concept at the North American International
Auto Show.

Despite
all its success in the truck landscape over the past 47
years, the blue oval is refusing to rest on its laurels, and the grand
unveiling of the Atlas Concept proved just that. This truck pushes the envelope
and is meant to showcase the design, capability and technology that Ford
believes will contribute to the future of pickups.

Functionality
is a key word when discussing the Atlas. Its features have been designed with
the purpose of catering to the everyday needs of customers. For example, one
cool feature on the truck is the Dual-Purpose Tailgate Step and Cargo Cradle.
This allows users to lift and hold extra-long cargo items above the truck –
almost like a telescoping support. The convenient feature could be used for
items like ladders, and frees up valuable space in the bed of the truck.

The Atlas
Concept is fitted with the next-generation EcoBoost powertrain. This version
introduces truck-enhanced Auto Start-Stop engine shutoff technology, which
turns off the engine when stopped, to save fuel. As well, the feature is
suspended entirely when the truck knows it is towing.

The Atlas
boasts several new and innovative features, including:

Click here to see a cool
infographic that details more of the Atlas’ new features.

Here are
some fun technology facts about the Atlas Concept. 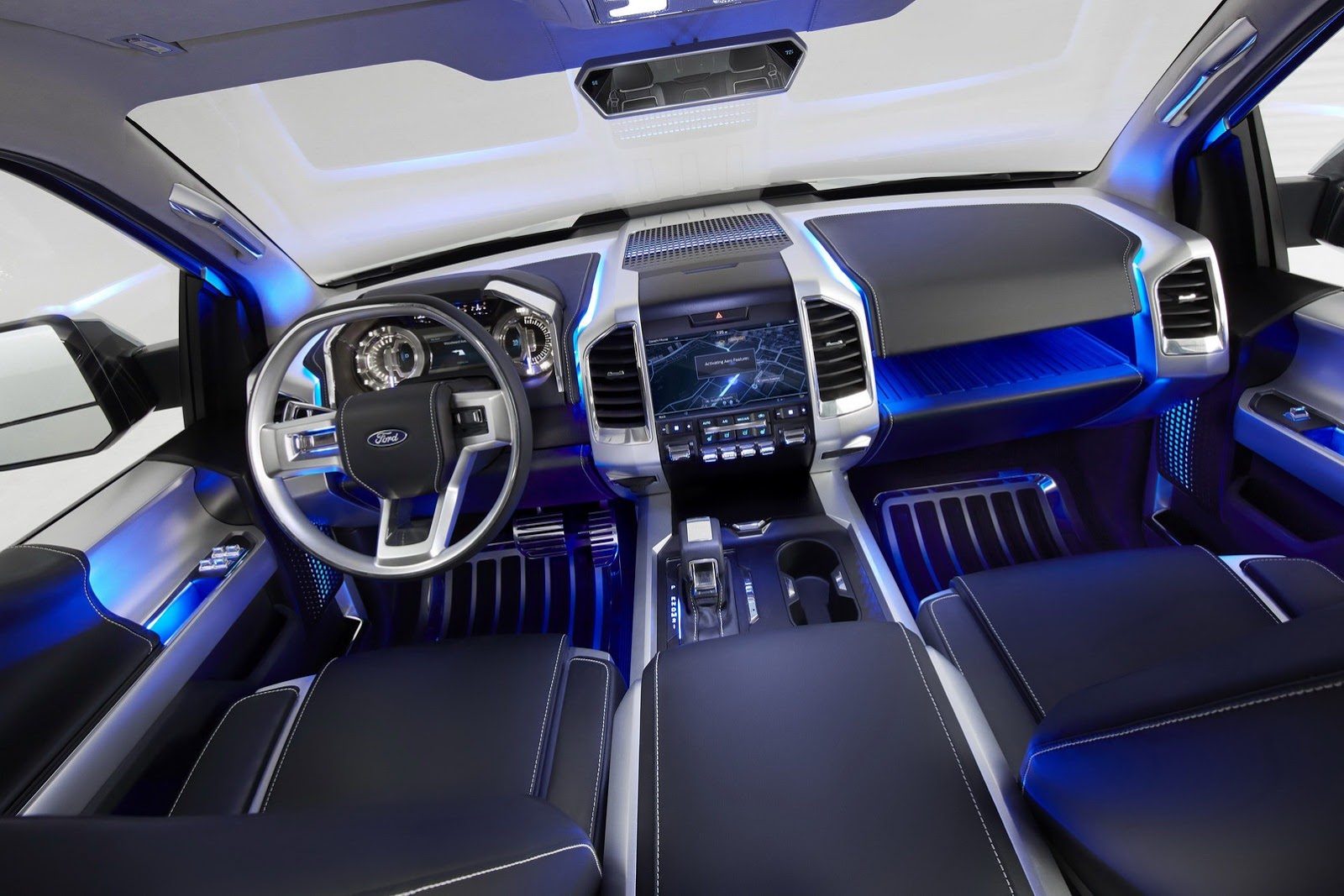